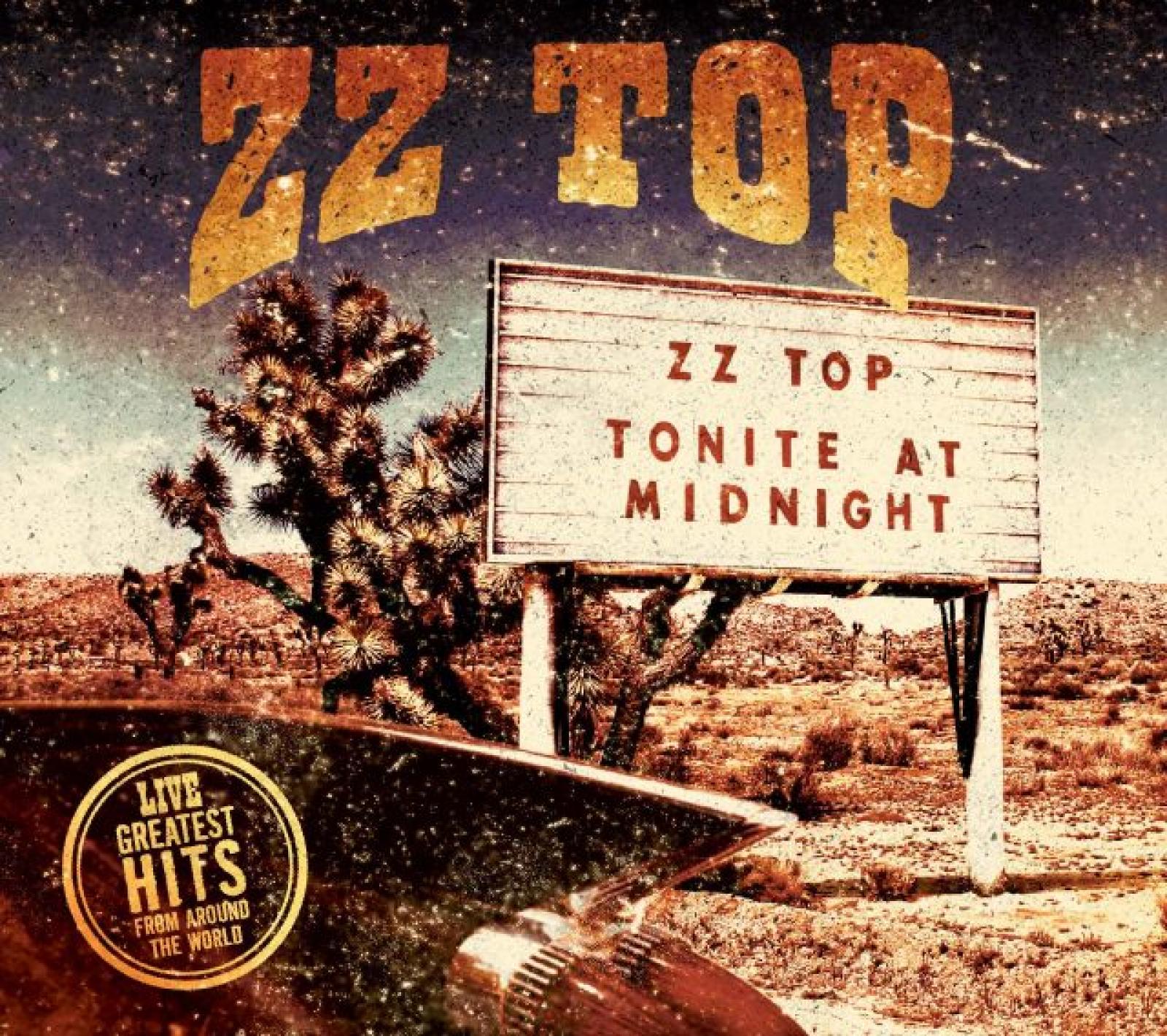 With seven Billboard Top 10 albums to their name, multiple Platinum album certifications all over the world and a place in the Rock and Roll Hall of Fame, the legendary ZZ Top have the distinction of having the longest running original line-up of any major rock band. Now after over 45 years together, the Texas trio are finally set to release their first official live album, LIVE – Greatest Hits From Around The World, on September 9th on Suretone Records.

Recorded over the course of several tours in cities all around the world, Live – Greatest Hits From Around The World picks the greatest moments and biggest hits from ZZ Top's illustrious back catalogue captured with the phenomenal energy of their renowned live performances.

Greatest Hits From Around The World covers everything from their breakthrough hit "La Grange" plus three snappy blues-rock classics from the 1973 album Tres Hombres, through to their huge crossover hits – "Gimme All Your Lovin'," "Sharp Dressed Man," "Legs" – and then to the present day. In point of fact, the album includes their recent London collaboration in London with Jeff Beck on the Tennessee Ernie Ford / Merle Travis standard "Sixteen Tons," the first time that the song has been included on any ZZ Top album release.

"We spend the biggest stretch of every year out on the road, whippin' wire, poundin' skin, and rockin' it way up," says Billy F Gibbons. "This is the true document of life de la ZZ. In an abstract surrealism style, this collection is a definitive chronicle of the band hangin' together for four plus deluxe decades, getting down to do what we get to do. Enjoy and listen to loudness!"

The album will be on released on CD, gatefold LP*, and digitally through all streaming and download stores.

Pre-orders are open at Amazon and iTunes.

Note that those who place album pre-orders now will receive an instant download of "Sixteen Tons."

Billy Gibbons, Dusty Hill and Frank Beard formed ZZ Top in Houston late in 1969. Their third album, 1973's Tres Hombres, catapulted them to national attention with the hit "La Grange," which is still one of the band's signature songs today. The band's momentum and success built during its first decade, culminating in the legendary World Wide Texas Tour, a production that included a longhorn steer, a buffalo, buzzards, rattlesnakes and a Texas-shaped stage.

1983's Eliminator album mixed their fiery blues roots with tech-age trappings that soon found a visual outlet with the nascent MTV. The trio became music video icons throughout the album's three smash singles, "Gimme All Your Lovin'," "Sharp Dressed Man" and "Legs." The melding of grungy guitar-based blues with synth-pop was seamless and continued with the follow-up album Afterburner as they continued their chart juggernaut.

ZZ Top had accomplished the impossible; they had moved with the times while simultaneously bucking ephemeral trends that crossed their path. They had become more popular and more iconic without ever having to be flavour of the week. They had become a certified rock institution, contemporary in every way, yet still completely connected to the founding fathers of the genre.

Along the way, they performed in front millions of fans through North America on numerous landmarks tours as well as overseas where they've enthralled audiences from Slovenia to Argentina, from Australia to Sweden, from Russia to Japan and most places in-between. The band's discography continued to grow throughout, most recently with 2012's fifteenth studio album La Futura, co-produced by Rick Rubin and Billy Gibbons. The Guardian's review stated: "The band sound both timely and timeless… It's an unexpectedly wonderful return from an undervalued band."