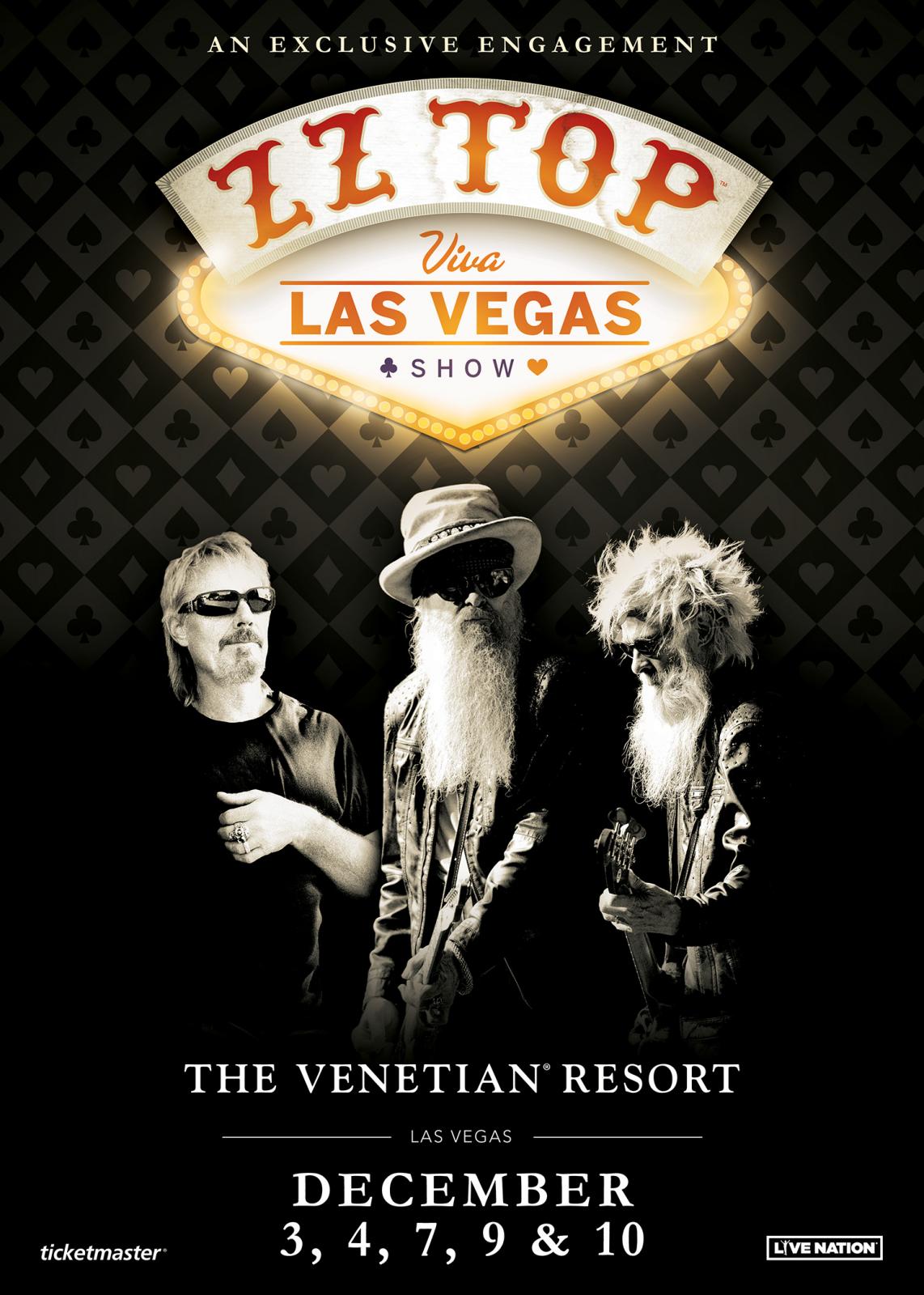 ZZ Top are headed back to Las Vegas for five shows at the Venetian Theater, December 3, 4, 7, 9, 10.  The December dates at the casino tops their year of unprecedented touring.

The group’s great roadshow supports the most recent album, RAW, the companion to the hugely successful Grammy-nominated feature documentary That Little Ol’ Band From Texas, as seen on NETFLIX and on DVD.